The Miami Beach Botanical Gardens were lit up with life on October 18, 2018 for Alexis Carballosa’s Fembra Spring/Summer 2019 line. Featuring tasty sweets by @sweetclementinecm, some amazing Rosé by Foss Marai ROÖS BRUT and a couple of not so bad looking guys serving some fiery shots from @shotsito.

Fembra “inspired by the revelation of the brave woman who demands a space and voice within society”. Alexis Carballosa captures feminine energy through couture fashion in his new line Fembra. It’s rare these days that the finale of a fashion show produces more than a round of applause. That’s not to say that designers aren’t wowing their audiences anymore, it’s just that everyone is so busy filming and taking photos with their phones that they physically can’t clap as well, in short it takes a lot for guests to detach themselves from their devices. However, at Carballosa’s preview of Fembra, fashion insiders, bloggers pretty much every invited guest stopped what they were doing and gave designer Carballosa not just a well-deserved round of applause, but a cheering standing ovation.

The collection was a lively pairing of colors and art inspired by the the revelation of the brave woman. The designs were elegant yet raw that spoke of primitive beauty done in an exceedingly polished way. Here are some photos from the event: 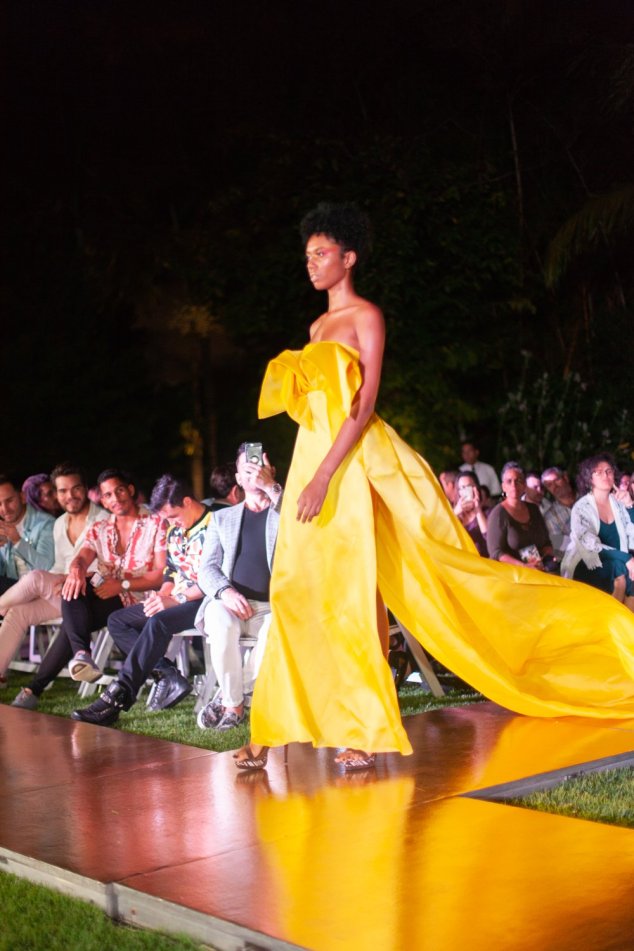