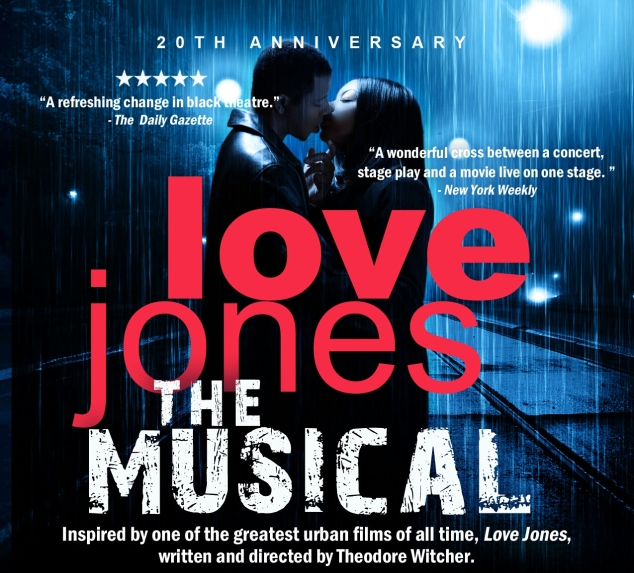 A generation ago, Generation Xers fell hard for a timely realistic urban love story that was the movie entitled, Love Jones. The movie made stars of it’s two main characters portrayed by actors Lorenz Tate and Nia Long. The movie was stylish with poetry reading and a iconic soundtrack that captured the mood of the late 1990’s. We all wished we could feel like that again. We wait no more !

Love Jones The Musical, a stage adaptation of one of the greatest urban films of all time, is touring the US and SobeSavvy.com was invited to review it last night at DPAC in Durham, NC. I am a big fan of this iconic movie and was thrilled to be apart of the 20th anniversary celebration of the film.My guest and I were ready to sing the songs and recite the poetry we all came to know and love, however MC Lyte made the audience aware that:  a) this is not the movie but a musical so expect lots of music b) there will be no poetry from the movie c) there will be no Nia Long or Lorenz Tate but if you want to see them,  watch the movie at home! The audience laughed along and was ready to have a great time! 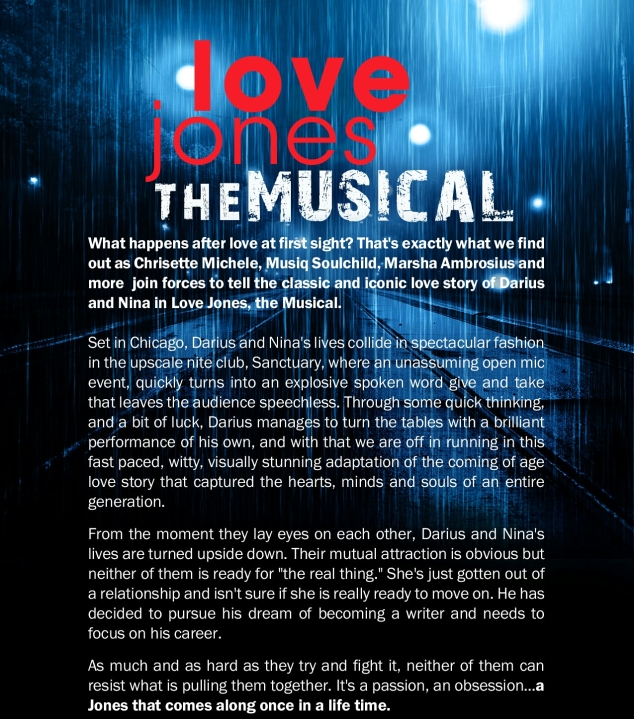 Originally released as a movie in 1997, Love Jones became a cult classic that captured the imagination of an entire generation! Ask any culturally-aware man or woman over the age of 30 about Love Jones and you will almost certainly encounter a nostalgic, almost reverent, retelling of the classic, yet gritty, love story of Darius and Nina. The brand recognition of this title, amongst the core demographic, is astonishingly universal.
The screenplay, written and directed by Theodore Witcher, brings the title of the movie to life with the help of musical stars Musiq Soulchild, Chrisette Michele, Marsha Ambrosius, MC Lyte, Dave Hollister and Raheem DeVaughn ! Also Michel’le , who recently shared her story in the movie “Surviving Compton” on Lifetime, was there and sung one of my favorite songs “Something In My Heart” ! These stars all have a recognizable catalog of hits which truly made Love Jones – the Musical an event and had us all singing in our seats! 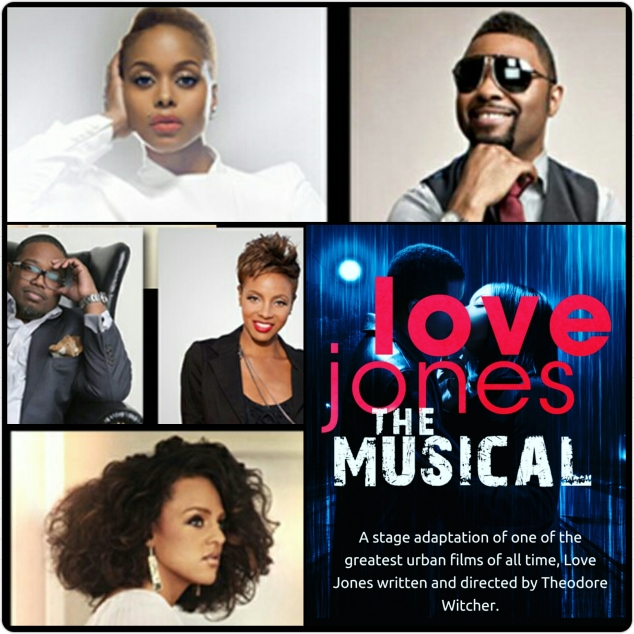 This show is full of great music and dancing, and is produced with the size and scale of a concert, only with a theme. And that theme is the telling of a classic story that captured the hearts and minds of an entire generation of music and movie lovers.Tony Grant and Chrisette Michele did an amazing job telling the iconic and classic love story of Darius & Nina in Love Jones, the Musical.  I highly recommend seeing it and experiencing a night of r&b , hip hop and soul when Love Jones The Musical comes to your city.
SobeSavvy tip : If you live in North Carolina, you have more chances to see this show tonight in Charlotte Oct 20 and Fayetteville Nov 9 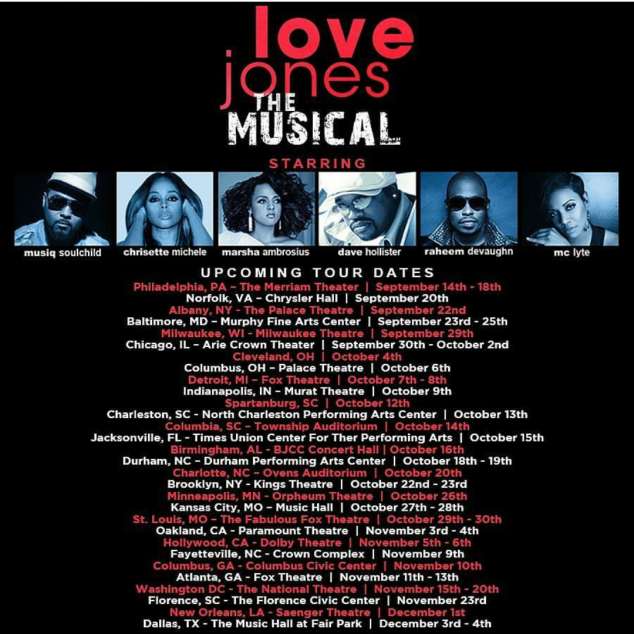 To learn what is up next at DPAC, check out www.DPACnc.com